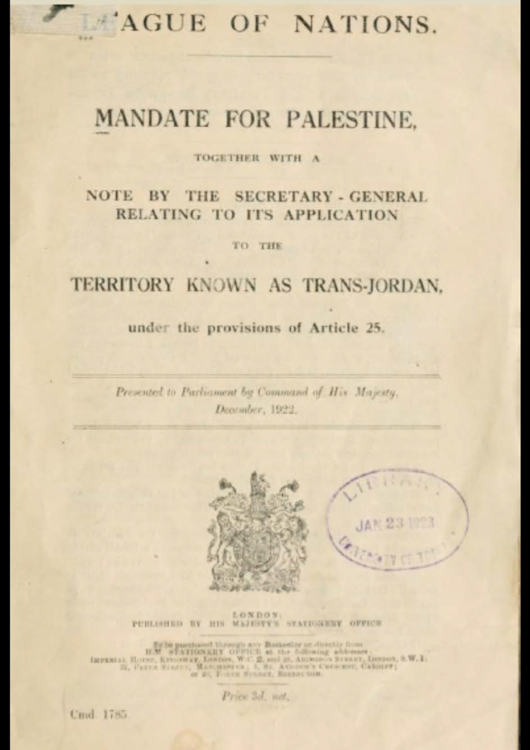 On July 24, 1922, the League of Nations, the precursor to the United Nations, officially recognized the “historical connection of the Jewish people with Palestine,” and agreed to the “establishment in Palestine of a national home for the Jewish people.” This historic affirmation of Jewish self-determination in their ancestral homeland paved the way for the millennia-old dream of a sovereign Jewish nation to be realized in 1948, when the State of Israel was born.

If You Are It, Then Be It