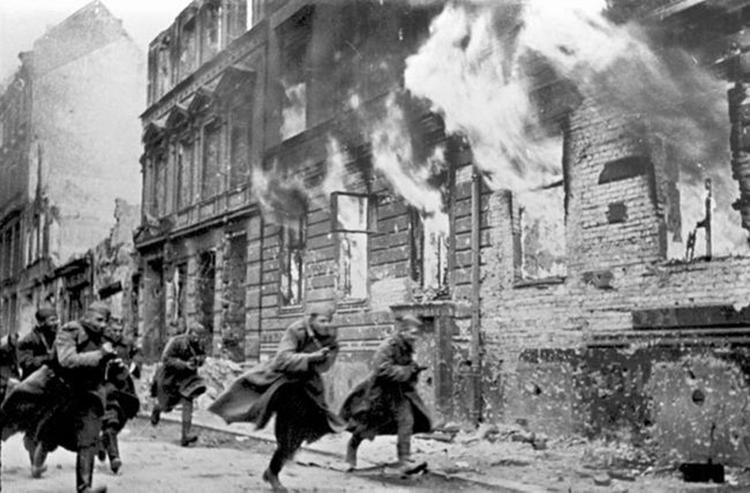 On the night of November 9, 1938, violence against Jews broke out across the Reich. It appeared to be unplanned, set off by Germans' anger over the assassination of a German official in Paris at the hands of a Jewish teenager. In fact, German propaganda minister Joseph Goebbels and other Nazis carefully organized the pogroms. In two days, over 250 synagogues were burned, over 7,000 Jewish businesses were trashed and looted, dozens of Jewish people were killed, and Jewish cemeteries, hospitals, schools, and homes were looted while police and fire brigades stood by. The pogroms became known as Kristallnacht, the "Night of Broken Glass," for the shattered glass from the store windows that littered the streets. The morning after the pogroms 30,000 German Jewish men were arrested for the "crime" of being Jewish and sent to concentration camps, where hundreds of them perished. Some Jewish women were also arrested and sent to local jails. Businesses owned by Jews were not allowed to reopen unless they were managed by non-Jews. Curfews were placed on Jews, limiting the hours of the day they could leave their homes. After the "Night of Broken Glass," life was even more difficult for German and Austrian Jewish children and teenagers. Already barred from entering museums, public playgrounds, and swimming pools, now they were expelled from the public schools. Jewish youngsters, like their parents, were totally segregated in Germany. In despair, many Jewish adults committed suicide. Most families tried desperately to leave. Learn more at https://www.ushmm.org/outreach/en/article.php?ModuleId=10007697