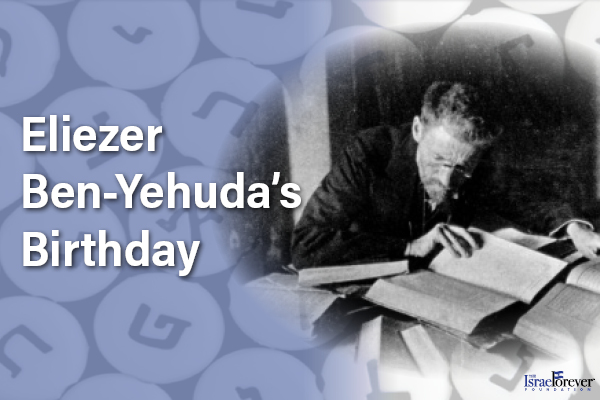 Eliezer Ben Yehuda born as Eliezer Yitzhak Perelman in the year 1858, in what now is Belarus, was a Hebrew lexicographer and newspaper editor. He studied Hebrew from the Torah, Mishnah, and Talmud and joined the early movement of Zionism where he arrived to the conclusion that the revival of the Hebrew language in the Land of Israel could unite all Jews worldwide. With that idea, he immigrated to Palestine in the year 1881.