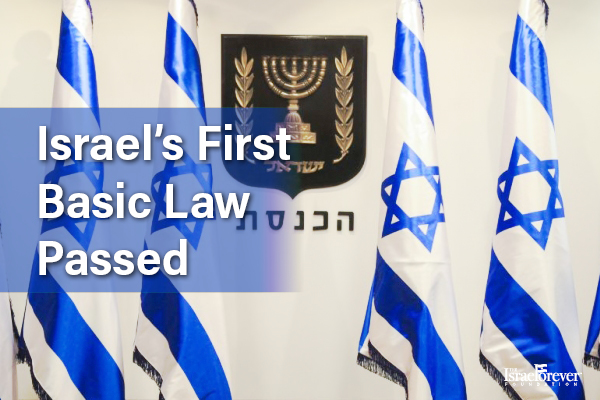 When declaring the independence of Israel in May 1948, a promise was made that a Constitution would be promulgated before October 1948. But the pressure from various groups prevented the project from being carried out. As the Constituent Assembly and the First Knesset were unable to put a constitution together, the Knesset started to legislate basic laws on various subjects.

The First Basic Law of Israel was passed by the Third Knesset on February 12, 1958. It stated that the Knesset its seat is in Jerusalem and should include 120 members and the states legislative functions of the parliament of Israel.