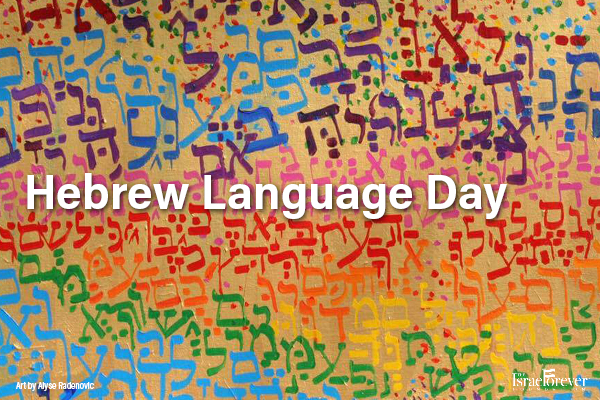 Israel marks Hebrew Language Day every year on the birthday of Eliezer Ben Yehuda, the father of modern spoken Hebrew.

Eliezer Ben Yehuda arrived to Palestine in the year 1881 with an utopian dream: Hebrew - that had not been a spoken language for nearly 2,000 years and was used orally only for religious uses- could become a vehicle for the social and cultural cohesion of the Jewish nation.

Ben-Yehuda as a zionist pioneer conceived the construction of the Jewish nation from two aspects: the return to the historical homeland in the Land of Israel, and the rebirth of the Hebrew language which was a fundamental element for a society formed by people who made aliyah from many parts of the world with different languages.

Although he died in the year 1922 in Jerusalem -years before the Independence of Israel as a State- he dream came true. Today Hebrew is the official language in the modern State of Israel, and is spoken also by the jewish communities living in several countries.

[an error occurred while processing this directive]