Chaim Weizmann Sworn in as President (1949) 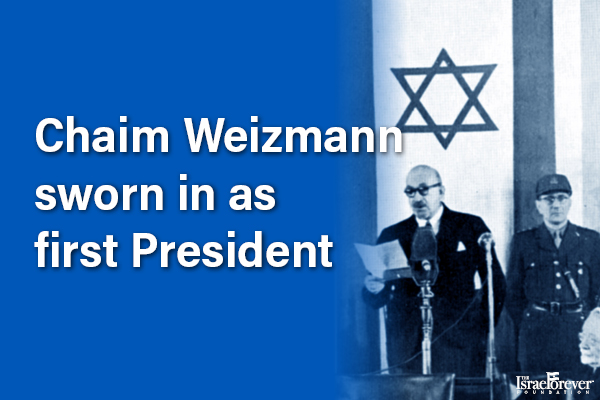 Born in November 27 of 1874, Weizmann was a Zionist leader and Israeli statesman who served as President of the Zionist Organization and later as the first President of Israel. In 1917 contributed to the insurance of the Balfour Declaration and signed an agreement with the Emir Feisal in 1919, which carried the seeds of Jewish-Arab understanding and cooperation in the Middle East, a thought implicit also in the Balfour Declaration. Dr Chaim Weizmann died in November 9 of 1852.