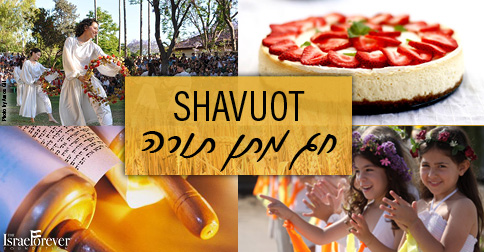 In ancient times, Shavuot was an agricultural holiday, as, celebrating the the end of the grain harvest as Chag HaKatzir and Chag HaBikkurim (first fruits) of the season that were brought to the Temple in Jerusalem. It was only later that Shavuot came to be associated with the giving of the Torah on Mount Sinai, when the freedom bestowed upon us during Passover is given purpose through the meaningfulness of the Torah.