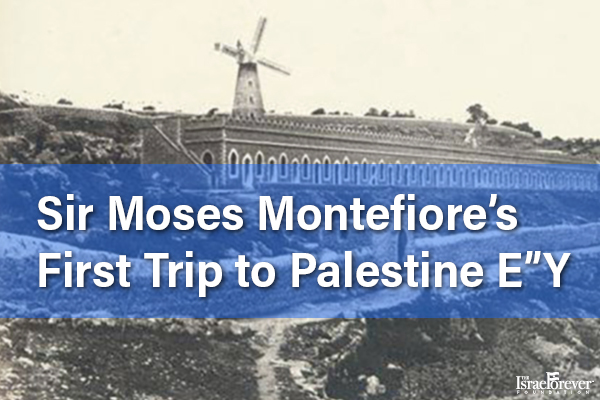 Moses Montefiore, 1st Baronet, was born on 24 October 1784 in Italy although he lived in England most of his life. He was a Jewish financier, banker, activist and philanthropist. He traveled to Palestine seven times when the journeys were difficult and dangerous. After his first visit to Jerusalem in 1927, he resolved to increase his religious observance by respecting Shabbat and kashrut. In 1860, he built the first Jewish residential settlement (Mishkenot Sha'ananim) outside the old walled city of Jerusalem, which was already overcrowded. Montefiore made his last journey to Palestine at the age of 91. He died at the age of 100 on 28 July, 1885.