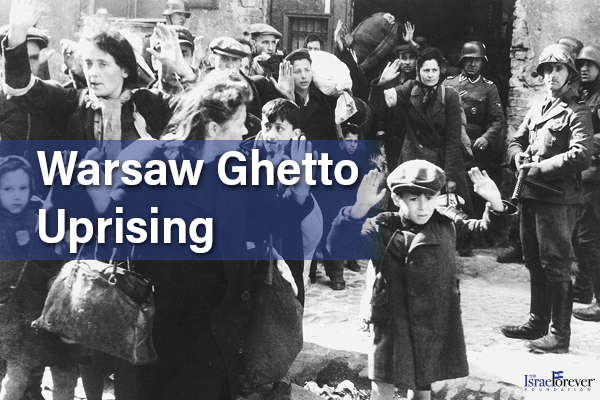 The Nazi forces intended to begin the liquidation of the Warsaw ghetto on April 19, 1943, the eve of Passover. When SS and police units entered the ghetto that morning, the streets were deserted. Nearly all of the residents had gone into hiding places or bunkers. The renewal of deportations became the signal for an armed uprising within the ghetto.Leadered by Mordechai Anielewicz until May 16, the Warsaw Ghetto Uprising became the largest single revolt by Jews during the Holocaust.